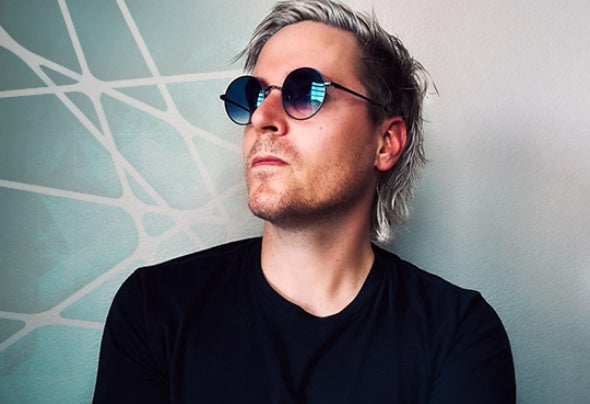 LEE GRIFFIN is the recently launched solo project of the Denver based artist by the same name who formerly made up one half of the Drum & Bass duo “Legion”. During his time as a part of that project LEE GRIFFIN’s music saw support throughout the wider Drum & Bass scene, with routine releases on revered labels such as Ram Records, Playaz, Hospital, and more. Furthermore, Griffin’s work within Legion brought him to the famed stages of venues such as Tomorrowworld and Fabric as well as a myriad of venues throughout the US & UK. Now stepping out as a solo artist, LEE GRIFFIN looks to these past experiences as he continues to innovate on the sounds that have placed him high amidst the rising power of the United States DNB scene and beyond. Under this new solo alias, LEE GRIFFIN plans to broaden the scope of his productions whilst still remaining true to his DNB roots, branching out into other genres and delivering a spate of dancefloor anthems alike. Griffin’s first solo release, “Losing Time” with fellow US DNB producer Logam found a fitting home on multigenre bass music label Play Me, displaying all the hallmarks of Griffin’s productions with its soaring vocals and fluid bassline that serves as an excellent debut to the artist’s style. Not content to rest fully within this comfort zone however, Griffin’s future tracks are set to explore novel sonic palettes backed by his exacting technical abilities as a producer. In his exit from Legion, LEE GRIFFIN has not missed a beat in continuing to stand at the forefront of United States Drum & Bass. Though now under a new name, LEE GRIFFIN is still a champion of the sound stateside who carries rising global renown, and his productions are set to inspire the selfsame sense of mythic awe that his surname implies.