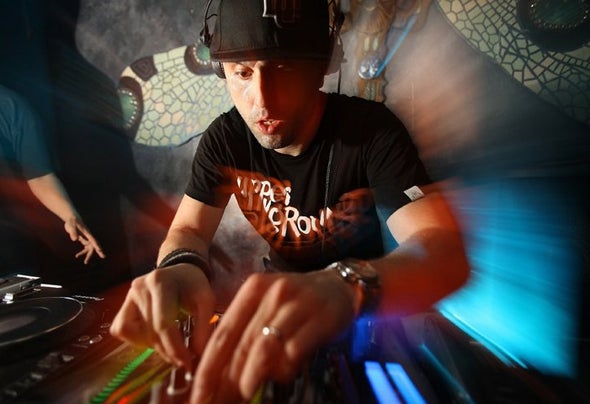 NC-17 is a Drum & Bass producer and label owner of Grindhou5e Audio, based out of Toronto, Canada. The namesake refers to the MPAA (Motion Picture Association of America) rating system which undertakes that an NC-17 rating film would be one based around violence, sex, aberrational behaviour, drug abuse or any other element that most parents would consider too intense for viewing by their children. With releases on Viper Recordings, Renegade Hardware, Mainframe, All Sorts, DSCI4, MAC II, SOM Music, Proximity, and many more, NC-17 formed his own label, Grindhouse Audio in 2012. Still in its infancy, the label has already featured tracks from State Of Mind, The Upbeats, Mr Explicit, and Smooth.