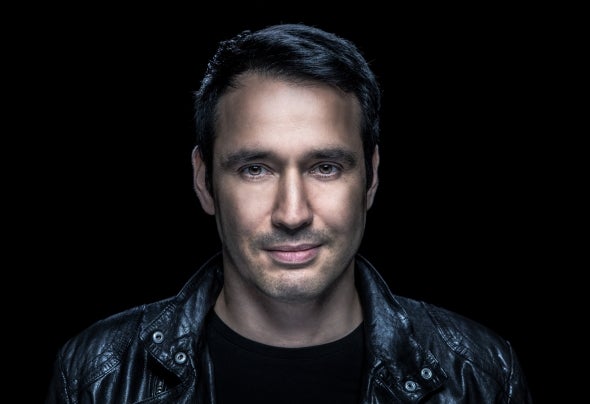 Peacefully imbedded between rolling hills and evergreen woods lies the quaint and quiet south German met ropolis St ut t gart . The general impression is one of calm and pleasant diligence. Very down-to-earth and actually quite misleading! One look behind the scenes very clearly shows: The pressure is buildin’ up in this idyllic valley!Keyword: Pure House Music. Diverse, innovative and dance floor certified. Thanks to institutions like M1, Stuttgart became a global hotspot for pulsing House Music in the 90’ies. But not only the club scene was noticed worldwide! Mainly the resident DJ’s were responsible for attributing the quality standard “ Made in Stuttgart” to new and sophisticated sounds. Since then a lot has changed, but one was proved: Quality will prevail!Sean Finn hit off his career as a resident DJ in Stuttgart`s cult club M1 and played a significant part in the House Boom of the 90’ies. His talent with the t urnt ables quickly became known t hroughout Europe when he was booked for festivals and big events such as Nat ure One, St reet Parade, Privat e Fict ion, Ruhr In Love, Snow Zone and Energy. He was invited to international hotspots including Helo/Hamburg, Area 47/Austria, Club Mozart/Russia, Excellent Club/Swiss, King kamehameha Club/Frankfurt, Piranha/Zagreb and Pacha/Ibiza. During those gigs he shared his decks with established international acts such as Eric Prydz, Benni Benassi, Axwell, Bob Sinclar, Disco Boys and Sebastian Ingrosso.Stuttgart’s DJ Sean Finn was born to perform before large audiences and belongs to one of the few DJ’s who can win the crowd over the second he starts playing and makes each of his performances absolutely legendary. For over a decade now, the name Sean Finn stands for energetic and uplifting house music. His appearance behind the decks guarantees an unforgettable party experience and that makes him everybody’s favourite DJ and a welcome guest for club owners across the nation.But being a famous DJ isn’t enough for Sean Finn. He simultaneously launched his career as producer and remixer, which quickly got him a solid position with the worldwide Dance empires “Ministry of Sound” and “We Play”. His hits “No Good” (Number 1 German Dance Charts) “Saxofono” and “Let You Go” are played byDJ’s such as John Aquaviva, Roger Sanchez and even his Majesty DJ Tiesto himself on heavy rotation. Crazibiza, Michael Woods (Out of Office), Chris Moody, DBN and Belocca remixed the hits of the productive DJ from Stuttgart and Sean Finn went on to provehimself a worthy remixer as well. His discography includes over 50 titles, including labels such as Kontor, Superstar, Nervous or Milk & Sugar – Records. He successfully remixed “Amsterdam“ a tune by Holland’s shooting star Afrojack and also gave hits such as “Everybody“ by the Warren Clarke his own special imprint. His version of Stromae ́s hit “Alors On Danse“ registered under the UK’s Top Ten.One thing is certain: even after a decade of touring and releases, the charismatic artist is not resting. His career as music producer reaches it’s biggest triumph to date in 2012: His track “Show Me Love” climbs the German Dance Charts and settles in at Number 1 with an impressive speed also coming in at Number 1 in Switzerland and Number Top Ten in the UK, France 2 and No. 1 in the Beatport House Charts. He’s surely reached the Olymp of top DJ’s and his talent is requested in hotspots all over world! It doesn’t look like this guys slowing down any time soon! Seems for him the sky’s the limit!