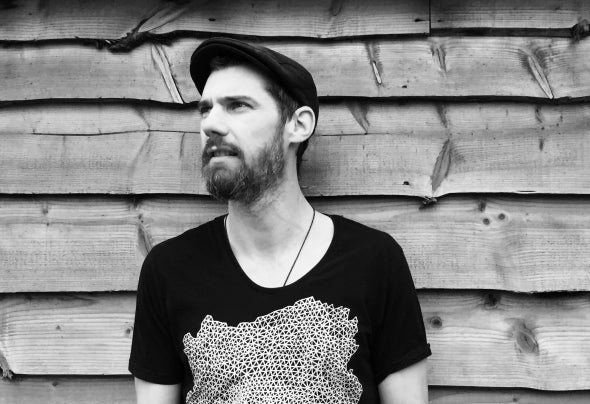 His passion for Dance Music began in early 90s, whilst sampling the delights of the free party scene that was kicking off in and around the West Country. Meeting in car parks, trying to find a phone box to call for directions and dancing in fields until the sun came up. Nights in clubs such as Plymouth Warehouse, Pawlett Manor, the Cavern and Tube were also enjoyed during the 90s.He learnt the art of mixing on a set of battered, second-hand 1210s, teaching himself the craft, developing his style and filling up his record box with deep house from record labels such as Bomba, Warp, Shindig, DiY and UMM to name just a few.A move was made to Bristol, which opened up a wealth of new musical inspiration at iconic venues like Lakota, Trinity, Academy and The Thekla. Over a period of time, he started to mix Techno, House and Breaks. He was playing occasional gigs at clubs, but more often for friends at parties. Also enjoyable was travelling to free parties in Wales & the Midlands and regular nights at the Q Club, Custard factory and Wobble.He regularly attended Glastonbury Festival - started by jumping the fence over 20 years ago - and has particularly enjoyed venues like The Glade, Common and Arcadia. Many nights and early mornings were spent(what was in the earlier days) the one large dance tent which was located where the dance village now stands.Now, having settled down a bit and successfully organising a few small, outdoor parties, he decided to take forward a long-standing ambition to produce music as well as continue to DJ under the name of HUGEhands.Because he has massive hands.He has travelled musically full circle and is now mainly focusing on the deep funky house sounds which originally caught his attention years ago.