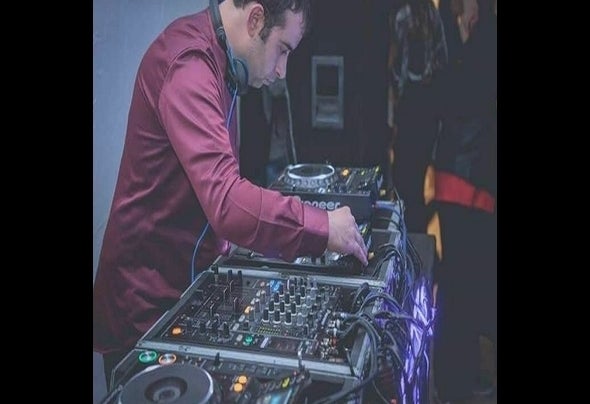 Dino Montanaro (artist name Din Jay) is an established italian DJ and producer from southern Italy, based in Ostuni (Brindisi), in Puglia. He has always had a preference for the real HOUSE MUSIC genre, in particular the soulful house and nu disco genres. He has released his music on many very well established labels , such as Ocean Trax (historical record company founded by Gianni Bini and Paolo Martini in the 90s), Sterephonic Records by Paolo Barbato, PURPLE MUSIC by Jamie Lewis, Hot fingers by Alex Kenji, Klubasic Records, House N Chips by Andrea Maggino and Marco Santoro (aka Brokenears), WU Records by Claudio Caccini aka Funkatomic, and many other well-known internationally labels, such as Quantize Recordings by DJ Spen, King Street Sounds (historical record label based in New York), the legendary Nurvous Records, soulful house label Vibe Boutique Records, Cruise Music, Midnight Riot Records and Tropical Disco Records, Duffnote, PornoStar Records, Blockhead Recordings, Plastik People Recordings, and many many others, just to name a few. He also currently collaborates with several international singers who have become well known in the industry such as Venessa Jackson, Richelle Hicks, Karmina Dai, Jennifer Jamieson, Suki Soul, Rebecca Burgin. His tracks are regularly supported by famous DJ's, international artists, radio stations and by top house labels such as Glitterbox/Defected Records. His tracks are constantly present in many top 100 charts on well-known digital platforms, and in the last 2020 he was awarded a prestigious recognition by the well-known store Traxsource, indicated among the best 100 HOUSE and NU DISCO artists of the year. His purpose, with his music, is to convey emotions to people, in a constant musical journey that wants to tell his strong musical passion, not just by simply selecting records, but also then recreating with his natural talent and his strong creative skills his own music in his studio, appreciated in Italy and abroad.