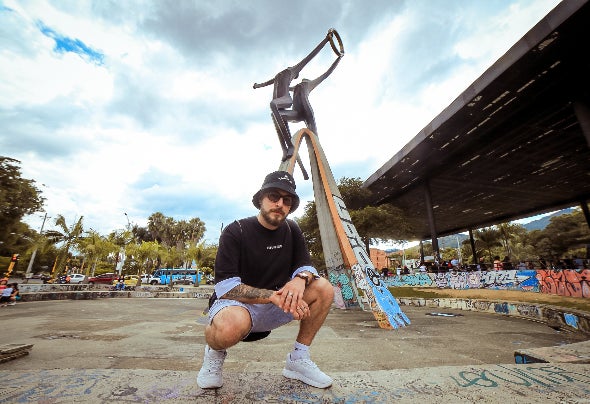 AFM is a Colombian DJ and producer of genres such as Deep, House & Techno, owner of the Cat Angry label and head of one of the most influential Colombian collectives “Between Us”. His career began in 2009 under the name Andrés Flórez, producing tribal sounds, but always heading towards house music. In 2011 he released his first album on the Brazilian label “This Beat Records”. From that moment, he directed his career until the professionalization of his sound. For this reason, in 2013 he changed his aka to AFM Groove, where he focused on exploring tech house sounds. From this point his career takes a big leap, releasing on labels such as the legendary Nervous Records, Patent Skillz, Vamos Music and Suka Records to name a few. He worked with artists such as Eddie Amador, the famous Ultranate house singer, in addition to achieving a Top 100 position in stores such as Beatport and Traxsource in the House and Tech House genre. His music has been supported at major festivals by DJs such as Stefano Noferini [Square Club - Dubai], Alan Fitzpatrick [Awakenings Festival 2016] Stanny Abram, Rio de la Duna, Alaia & Gallo, Blue Tone boy, Ace Paradise among others. Around 2015, he changes his AKA again and defines the acronym of his name as his new name "AFM". Under thisn name, he has established himself as one of the great references of the house scene locally and nationally in recent times, since with his music he has reached major global labels such as House Cookin 'Records, with which it reached the top 100 in the Deep house genre on the Beatport store with the two tracks from the release, and received great support from great artists including Steve Bug.