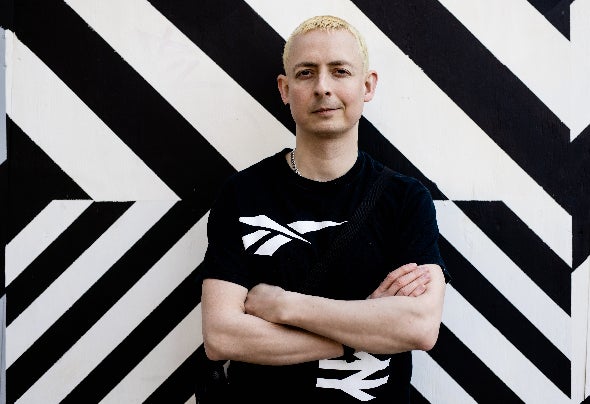 Long regarded as one of the go-to producers in the UK electronic scene, James Hurr has quickly made his name as a prolific artist/writer/producer. With a collaboration roster which reads like a who’s who of pop and dance, recent projects have seen him working with the likes of Leftwing : Kody, Basement Jaxx, Eli Brown, Danny Howard, Mark Knight, Beverley Knight and 220 Kid. His writing and production has consistently received support from BBC Radio 1 (who once played nine of his productions in one night!) as well as Kiss FM, and has clocked up over 100 million Spotify streams and counting. His music has also found a home across all major labels as well as the likes of Ministry, Spinnin, Ultra and Armada, including 70 releases on Toolroom Records. By the start of 2021, undeterred by the global pandemic, James was already expanding his studio offering and has now opened a brand new space 9M Studios in Elephant & Castle. Adding to his already bursting catalogue, he started a new artist project with Paul Harris ‘Hrrtz’, which has seen signings to Atlantic, Ministry and Anjuna. His collaboration with Nadia Rose ‘Dip It Like That’ is set for release on New State Records, and has co-written and co-produced Mark Knight’s new artist album.