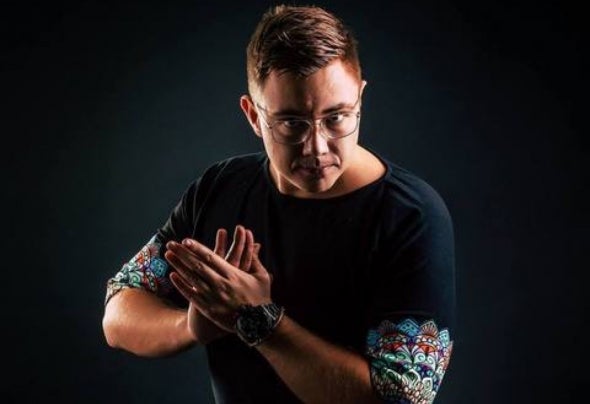 Space Motion is Serbian DJ and producer who is active on the music scene for the past 16 years.His music represents a mixture of special and unique energy which he displays in genres like techno, progressive, tech and deep house.The turning point in rich music carrier for SM was his live act appearance on best European music festival, EXIT.As a music producer he has been working with Bonzai records since 2007., who also released his records. Additionally, he worked as a quest producer with both domestic and foreign well known music artists. His records can be found on popular music stations like: Frisky Radio, Eilo, Sense.fm, Insomnia.fm, City beat, Slinky.fm, Dance radio Greece and biggest Serbian radio station Radio as.fm. SM played in clubs across Europe and Asia including VIP room and Queen in Paris, Yalta club in Sofia and clubs in Nanning, Hong Kong, Guangzhou and Shenzhen. Festivals like Pepsi Sziget, Air Nation and EXIT are just few of the festivals where SM appeared. In December 2015. he is going to participate in concert which is going to be held in Serbian National Theater in Novi Sad, where he is going to play alongside with best Balkans clarinet player (Boki Milosevic). It was more than a privilege to give personal stamp to popular compositions from ’70 and ’80 of 20th century filtered through electronic sound, which for Space Motion represents his vision of the future. After series of successful concerts space motion returns to the studio where he produces a number of hit tracks. One of the tracks he recently finished was featured and played by Solomun at Tomorrowland festival in Brazil in 2016. Afterwards Glasgow underground reached out as a record label that wants to sign this label with SM, and is expected to be published in March 2017.