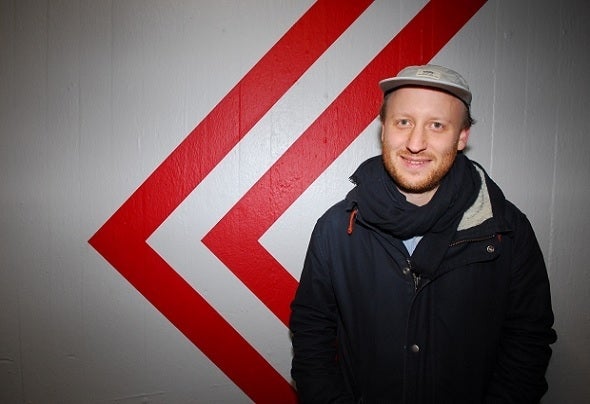 Up until recently Johannes Albert spent his weekends travelling through the German countryside. At his side will always be a bag of records guaranteed to make the club that is his destination go off that that night. Increasingly he finds himself in the air over Europe, Asia and beyond as word of his DJ reputation spreads.Raised in WŸrzburg in beautiful Franconia, a young Johannes soon became enchanted with the house sound of the time and has followed it deep into techno, acid, afro, EBM, boogie, italo and beyond ever since. Knowing when to drop a hit and when to take it deep, spacey and underground saw him graduate from his hometown clubs and quickly establish himself as a staple of the German scene. This ability to connect with crowds and his heroes alike means a host of heavyweights have his back. His label Frank Music was started mainly as a platform for Johannes Albert productions and is home to much of his best work. Highlights have been his own debut album Hotel Novalis, which reached number two in the Groove Magazine charts and tracks like All Things Mind Altering, which became a bit of an anthem in 2016.2017 sees Frank Music release MoonÕs Industrie & ZŠrtlichkeit, a collaborative album between Albert and Iron Curtis. The LP showcases some of the darker material the pair are capable of. This may come as a surprise to the thousands of people who know Albert from summery, uplifting online mixes such as his set for Feel My Bicep or from Gottwood Festival B2B with Move D.Since moving to Berlin, Johannes has found kindred spirits with the crew of residents from the notorious party hotspot Renate. Now he finds himself moving floors globally. With the anything goes, super fun approach to their parties, this is a perfect home base for him to explore his multiple influences. With this in mind you can be sure he is packing a box of fully road- tested tricks for his next club adventure.